Welcome to Keep On! 's museum 😉 We hope you enjoy taking a journey through our journey. Keep on checking back cause we'll keep adding content. Also, become a part of our Private Facebook Group and get the latest news, wacky moments backstage and our Live Streams.

September 2021 was the time, Chicago the place where Lil’ Red Records produced the second Lil’ Red & The Rooster album, Keep On! ten original songs and an adaptation of the traditional song "Nobody's Fault But Mine" were carefully chosen along with a Grammy Winning dream team to pay respect to the blues tradition we love so much. Engineer Blaise Barton of JoyRide Studios was the foundation we built our team on. Next we wanted Vintage swinging and bouncing shuffles and who better for that than Kenny “Beedyeyes” Smith on drums and Felton Crews on bass. With out a great rhythm section, nothing will fly! Jeff Morrow was a backup singer extraordinary on our album Soul Burnin' and this time Lil' Red wanted to bring him on as Vocal Producer. Pascal has played with baritone sax player Jean-Marc Labbe for decades and we wanted to highlight his brilliance on this album.  Lil' Red loves vocal arrangements and friend and riff queen Caroline Carson Rau laid down some sweet stuff. Our friends The Castros were staying in the Chicago area, so we brought them to hang and they ended up being on the track American Made. Finally, Pascal dreamed of having multi-award winning Blues legend Billy Branch singing and playing harmonica on "Keep On Loving You" and the universe aligned for Pascal's dream to come true. Cherry on top The project was picked up by Blue Heart Records for distribution world wide.

Official Release WAS Oct. 21st, 2022!  We'll keep you up to date on our Socials, so follow us, join our email and stay-tuned!

ps ... we'll be adding to this page, so check back frequently! 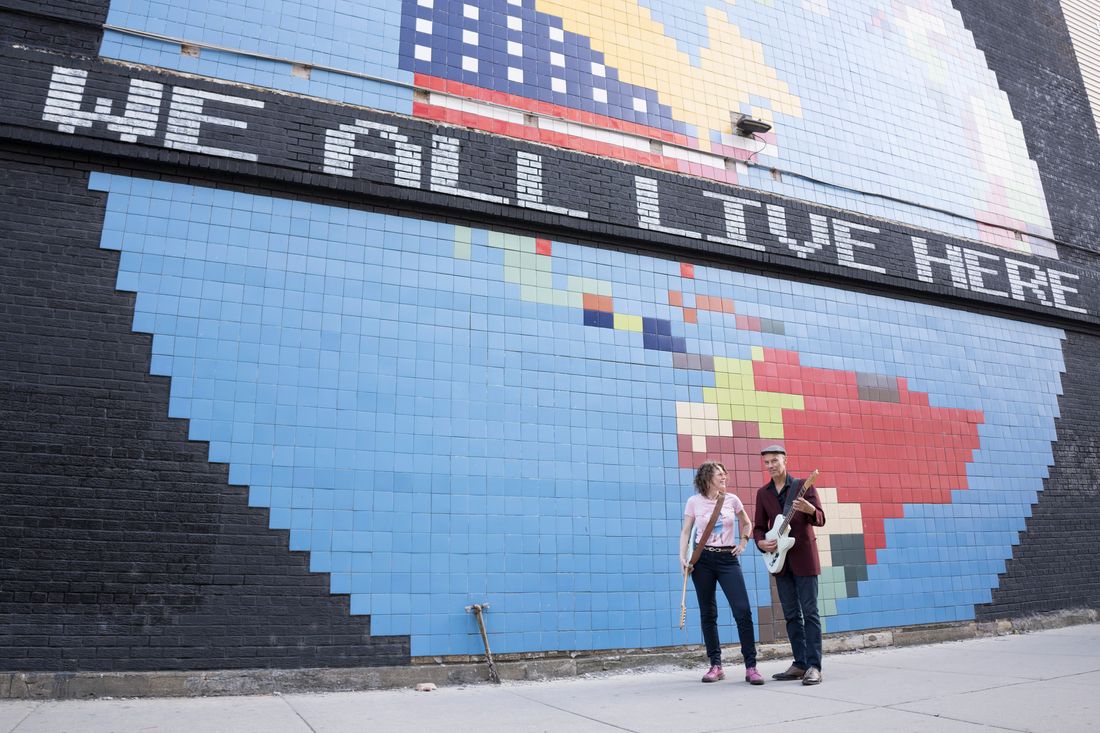 Blaise is a Grammy Winning engineer and a go to in the Blues world. He's recorded Buddy Guy, Billy Branch, Carrie & Lurrie Bell well the list goes on and on. He worked his magic on our last album and has become a true friend. Click the button to check out where the magic happens!

If you don't know this Grammy & Blues Award winning drummer, I'm sure you've heard his father, Willie "Big Eyes" Smith who played for Muddy Waters & Pinetop Perkins. Kenny is my favorite Blues drummer. When I started playing percussion I listened exclusively to his father and then to him to learn the subtle feels in each unique shuffle. I'm honored to get to work with him on this project. If he was completely unknown and his father too, he'd still be my favorite. So, check him out and if you're a drummer check out his YouTube videos.

Jeff sang on our last album, Soul Burnin' and I was blown away by his talent. I later learned he's the Vocal Producer for the series Empire!!! Wow, and a sweetheart, too. He'll be the brilliance guiding my voice to it's fullest potential!

Felton is a Grammy Winner and Chicago Blues Hall of famer who's toured around the world and back always giving back to the next generation. We asked Kenny who he'd love to play with who knows the old Blues and he guided us to Felton. We couldn't be happier! Check out this video of the two of them backing Billy Boy Arnold!

Vocals & Harmonica on 'Keep On Lovin' You'

Billy Branch can effortlessly segue from vintage Little Walter to thoroughly up-to-the-minute funky blues without dropping a beat.
Bill Dahl, Author and music critic
Billy's ability to bring personal conviction to everything he plays sets him apart from many of his contemporaries .
David Whiteis,  Author and Music Critic / Chicago Reader
Billy's Website

A deep calling lead them both to the Blues, and the Blues brought them together in 2010. For over a decade Jen “Lil’ Red” Milligan and Pascal Fouquet have been fine tuning their style and living and breathing their music. Decades of knowledge and experience ring through Pascal’s tasteful touch and the sparkle in Red’s sassy smile. Retro modern blues, is how they describe this style, it’s constantly evolving as the artists themselves, but the roots remain in the Blues. Their songs are as diverse as the many different styles of Blues because the couple finds all of them intriguing. Onstage they’re intimately real and at times hilarious. They exude a contagious charm that guarantees you’ll feel good no matter how haunting the song or biting the message. It all comes from a place of love and respect for the Blues and humanity. They both know the power of its healing and want to share it.

Born in Normandy, France in the early 60’s, Pascal began studying classical guitar at eleven and discovered the Blue note a few years later. Since 1980 he’s been a professional musician and never ceases to give homage to his master teachers: B.B. King, Albert King, T-Bone

Walker, Kenny Burrell ... and many others. A multi-award winning guitarist he’s had the pleasure of sharing the stage with many great artists including: Diunna Greenleaf, Dave Specter, Mike Sanchez, Steve Clayton, Russell Jackson, Candye Kane, Alex Shultz, Kid Ramos, Sax Gordon, Kenny “Blues Boss” Wayne and Sean Castello. His story is in his playing. If you want to know more catch him with a whiskey or espresso and he’ll share with you face to face. That’s how the Rooster rolls and with his guitar he crows.

Lil’ Red, born in Columbus, Ohio in the late 60’s, grew up riding horses and playing in the creek until she discovered the arts. She loved Hollywood movie musicals especially Bojangles, Gene Kelly, Louis Armstrong, Ella Fitzgerald and the Nicolas Brothers. Rhythm and groove have always been her deep love. She studied everything in the arts: music, dance, acting, writing, painting, martial arts and meditation. She graduated from Fort Hayes Performing Arts High School for theater, holds a BFA in Musical Theatre from the Cincinnati Conservatory of Music and an MFA in Contemporary Performance from Naropa University. In the musicals, Hair and Jesus Christ Superstar, she toured the US, Canada and Europe working with magnificent performers like Ted Neeley, Carl Anderson, Denis DeYoung and LaChance. Master jazz dance teacher, Luigi took her under his wing as her NYC Papa and for over twenty seven years she studied the flow and grace of this man who danced in the films with Gene Kelly. Always a carefree soul, Lil’ Red has lived a life of adventures and challenges, all of which go into her lyrics and presence on stage. She cares deeply about humanity and believes as an artist she has a responsibility to do her part to shape the culture we live in. Here’s how she works ... “mix what’s pissing you off with some bounce and swing, sprinkle a pinch of Blue notes and bend it all together on six strings and you’re guaranteed a feel good satisfaction.”

They call France and the USA home and are multi-linguists in music and Franglish. In 2018, they self-released their album, Soul Burnin’, produced by and featuring Dave Specter and recorded in Chicago by Blaise Barton at JoyRide Studio. In 2019, they were finalists as a duo in the International Blues Challenge in Memphis. You can find them regularly as a duo for the acoustic dinner set at Buddy Guy’s Legends, when visiting Chicago or headlining festivals as a combo or playing restaurants and cafes as a duo. During the pandemic they discovered “Live Streaming” and played mini concerts five days a week. Fans have been telling them they helped them through this challenging time. The Lives continue weekly on their Facebook page for the community of top fans spanning from Vancouver to Sweden to Mexico and Australia. For them, it’s all about the music, it’s all about the shuffle, it’s all about the Blues.

Why Lil’ Red & The Rooster? They were listening to their friend Ricky Nye playing the Willie Dixon song Lil’ Red Rooster and light bulb moment! The Rooster is the emblem of France and Lil’ Red’s grandpa, “Hey Pop Moreland” was known as Red. She was also called Red by one of her favorite teachers and friends at the conservatory. Et Voila, Lil’ Red & The Rooster. 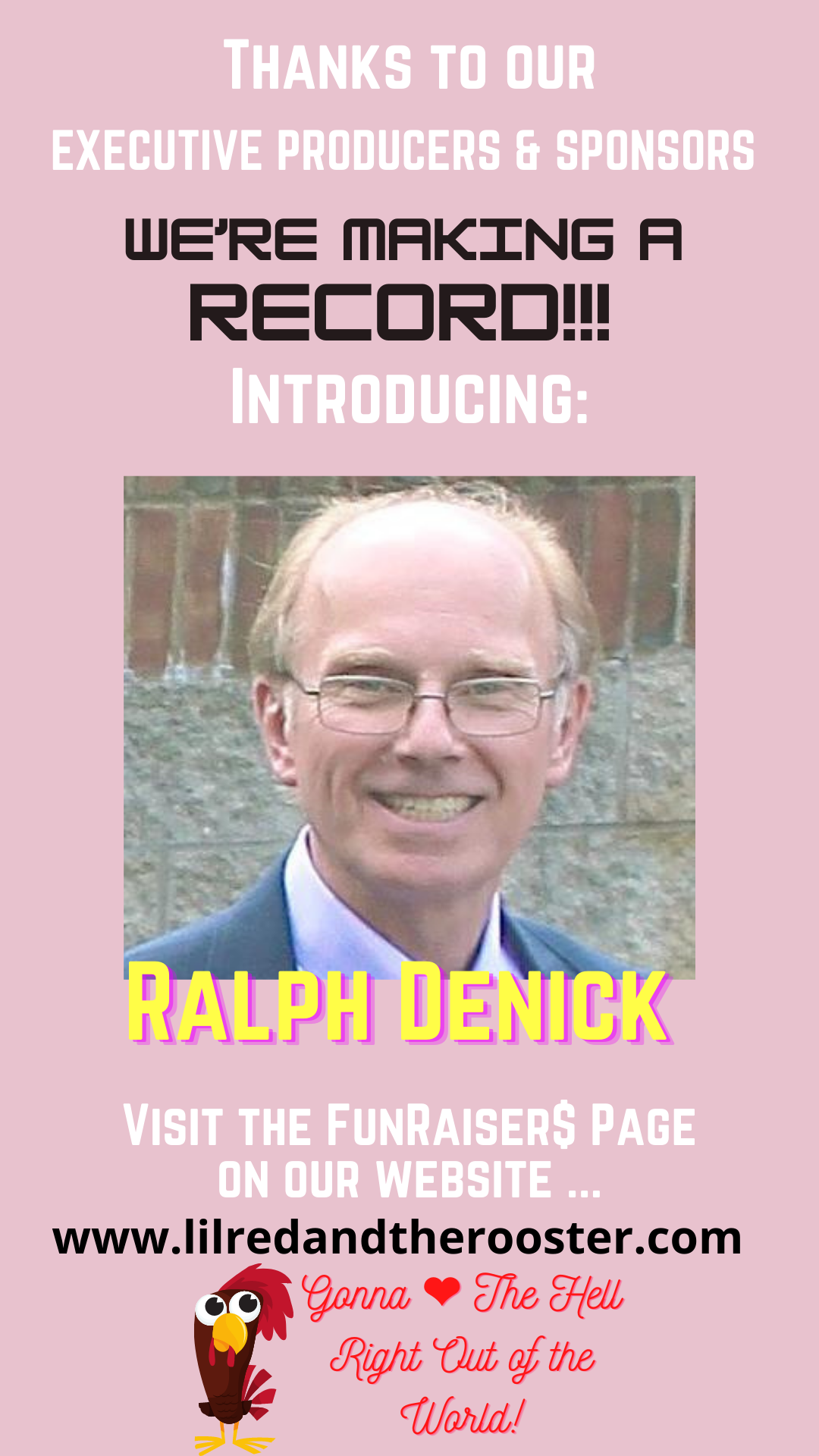 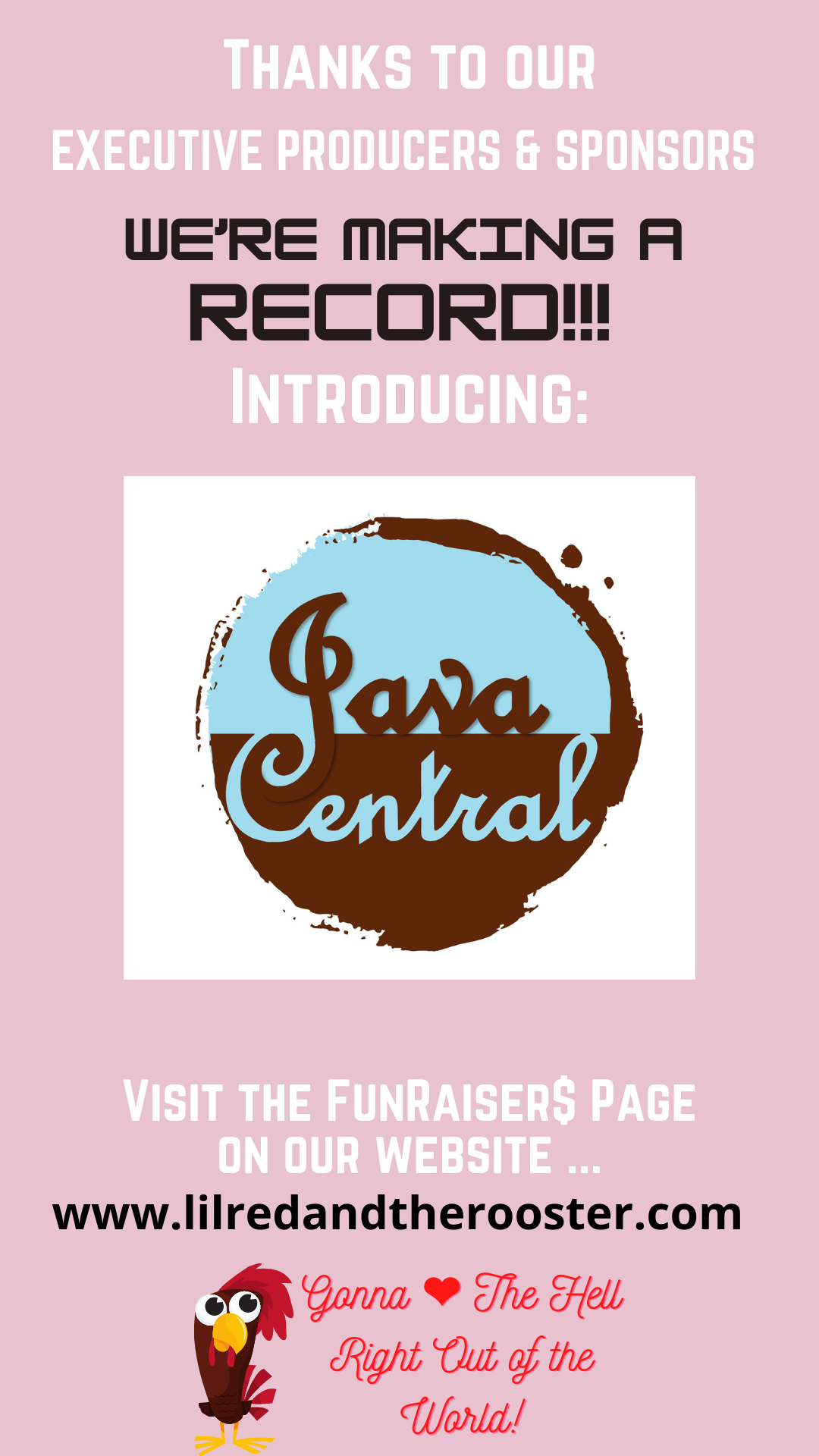